This journal is a member of and subscribes to the principles of the Committee on Publication Ethics (COPE)
www.publicationethics.org

GJAT provides immediate open access to its content on the principle that making research freely available to the public supports a greater global exchange of knowledge.
Call For Paper

The Editorial Board of the journal welcomes contributions of papers on any topics related to Islamic-based sciences, social science, arts and humanities whether in Malay, English or Arabic throughout the year.
ISSN (print): 2232-0474
E-ISSN (online): 2232-0482 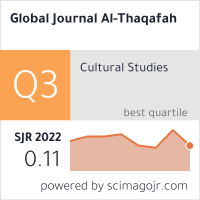